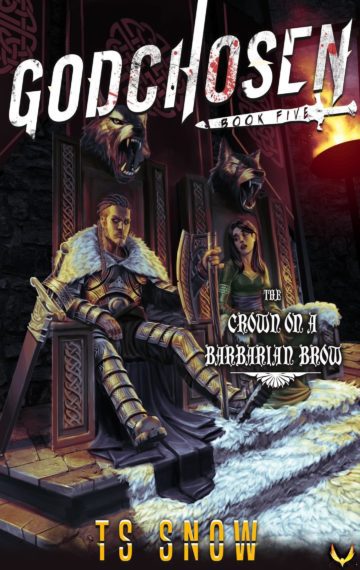 A NEW DYNASTY IS BROUGHT INTO BEING…

With the death of their parents in the Genocide Wares, Riven kan Ingan’s sons flee to separate countries to escape the margrave’s wrath.

All agree to return when the time is right, to help elder brother Val avenge their parents. In the meantime, adventure, danger, and love await and there’s plenty of each before they hear Val’s call.

Returning to a country ravaged by an insane king, a bittersweet homecoming awaits their quest for vengeance. Each of the five face their own choices as they fulfil the Drune priest’s prophecy made to their grandfather.

Now, it’s up to the gods: Which of Riven’s sons will be the first ruler of the kan Ingan dynasty?