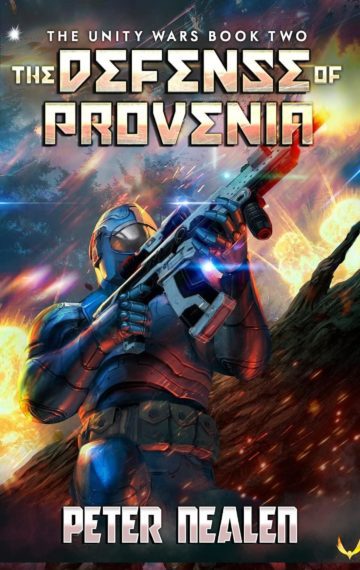 He’s about to get his first taste of combat…

…And he thinks that it’s the most awful thing he’s ever seen.

He’s about to find out what real horror is.

Gaumarus Pell has never heard of Valdek, or the Galactic Unity. To him, the rebels on his own world are enough of a threat.

But a greater threat lurks in the shadows.

The rebels unleash an atrocity that the Provenians have never seen before. Shock ripples across the face of the planet and, soon, they will have far worse to face than the rebels.

A nightmare descends from deep space.

If he survives, Gaumarus will have to make a choice. A choice that could change the face of the galaxy.

Don’t miss the next episode in the epic Military Science Fiction adventure, as the galaxy gets bigger! It’s perfect for fans of Rick Partlow, Jay Allan, and Galaxy’s Edge.