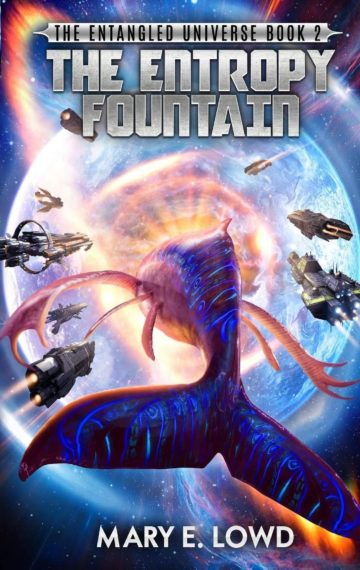 There is no rest for heroes. Clarity saved the universe once, but it already needs saving again.

Against reservations and amid arguments, Clarity rescues a pair of Doraspian diplomats on the run. The two sentient plants and their reptilian advisor are keeping a secret that could make their own government turn on them, and turn them into science-experiments waiting to be dissected.

In need of answers, Clarity and her crew head to Wespirtech, the foremost research institute in their corner of the galaxy, where scientists play with the principles of the universe like kids play with toys.

Clarity learns that when her crew sewed the universe back together, something got tangled in the thread, and she must race against a fleet of Doraspians to stop universes from colliding. Every member of her crew must decide: are they up for saving the universe again? Or will Clarity lose her new found family and have to face off against the Doraspians alone?

The exciting second book in the Entangled Universe is here. Aliens, adventure, space battles with starwhals? What else could a space opera fan want?