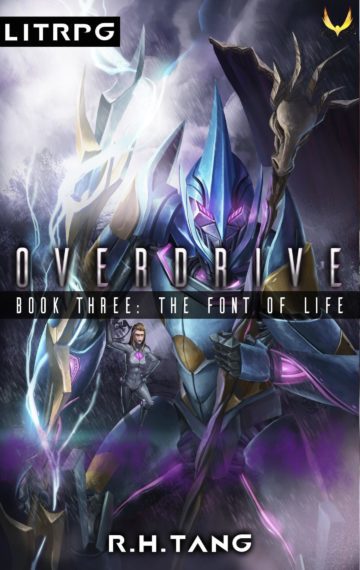 As the Selection draws to a close, Julian’s skills are viciously tested.

A mysterious new player has entered the competition, claiming to be Julian’s friend Emma.

It only takes Julian a single match to see the new pilot’s skill. The imposter is capable of imitating any pilot, even masters of the game like Vile and Vermillion Angel.

Julian had hoped he and his friend could fight side-by-side. Instead, she sold her spot to a competitor. It’s the aspiring professional pilot’s first taste of the ruthless business world of Overdrive.

All the while, the alliance’s pawns will do anything to eliminate him, even if it means disqualifying themselves.

The epic third novel in the Overdrive series by Esports industry veteran R.H. Tang, The Font of Life will delight fans of LitRPG, sports stories, and mecha anime.