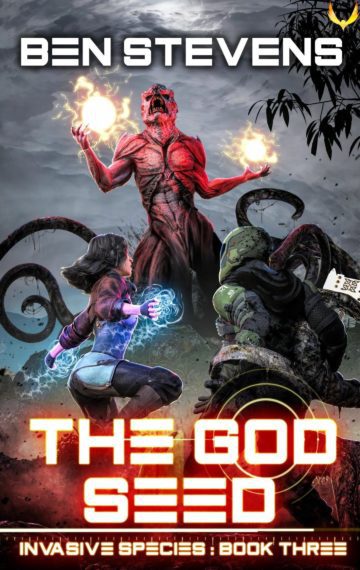 Fallen fortress of immortal aliens, and last known resting place of their super-weapon, the God-Seed.

Licking their wounds from their pyrrhic victory in New Puebla, Maya, Jon, and the other guardians close in on Xibalba. There, they hope to unlock the secrets of the ancient gods in order to set right the universe.

Yet they are not alone in their quest.

Umbra and his Harvesters watch their every move closely, waiting for the opportunity to finish what he started. Hoping to seize the God-Seed out from under them so that he may crown himself master of reality.

With every stone he upturns in his journey toward destiny, Jon learns more about who he really is, and what really happened to his world so long ago. Will the truth destroy him, or force him into becoming who he was always meant to be?

Book 3 in the Invasive Species Military Sci-Fi Series is here!