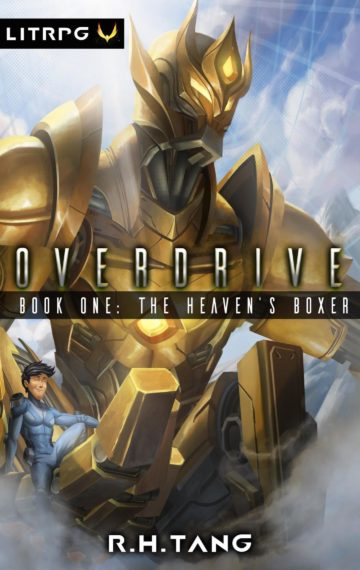 Who wouldn’t want to pilot giant robots for a living?

The Overdrive Corporation has announced another Selection, the exclusive tryout process for aspiring Fortress Masters. Designing maps for the Mech battling virtual reality RPG is Julian’s dream come true, but a brutal defeat against superstar sniper called Dynamic has destroyed his confidence.

During the ill-fated mission, he finally learns what it takes to get better. It’s not the strength of the machine that matters most, it’s the skill of the pilot.

Julian rebuilds his gameplay from the ground up, seeking out the strongest opponents and the most challenging dungeons. He explores the countless aspects of Overdrive that he’s inadvertently ignored.

Waiting for him is a rematch with the sniper he’s never beaten, with a spot in the Selection on the line.

The first novel in the Overdrive series by Esports industry veteran R.H. Tang, The Heaven’s Boxer will delight fans of LitRPG, sports stories, and mecha anime.