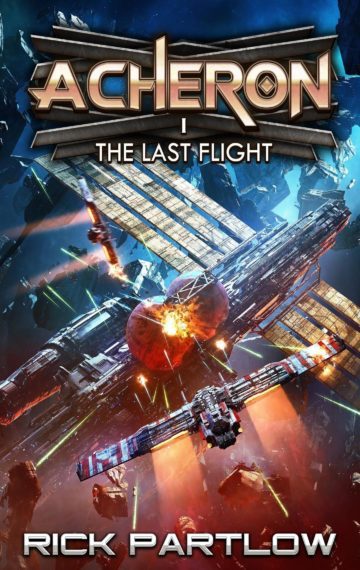 Sandi and Ash never set out to be heroes.

She joined the Fleet to please her mother, the Admiral.
He signed up to escape the grinding poverty of the Housing Blocks.

And the unlikely friends envisioned boring, peacetime careers as shuttle pilots. The Tahni Imperium had other ideas…

Caught in the desperate fury of the Battle for Mars, the two young pilots wind up the last defense against an alien armada, but their war is just beginning. Recruited to fly the Fleet’s newest weapon in this new war, they take the fight deep into the heart of the Imperium and battle not just against the enemy but against incompetent leadership and ineffectual tactics.

Can the unconventional strategies of a pair of hotshot young pilots change the course of the war? And when the time comes that a choice has to be made between duty to command and loyalty to a friend, which of the two will be willing to make one last flight alone…

From the author of the bestselling Drop Trooper Military Sci-Fi Series comes another tale of war against an alien menace known as the Tahni. Perfect for fans of Jay Allan, Jasper T. Scott, and Scott Bartlett.