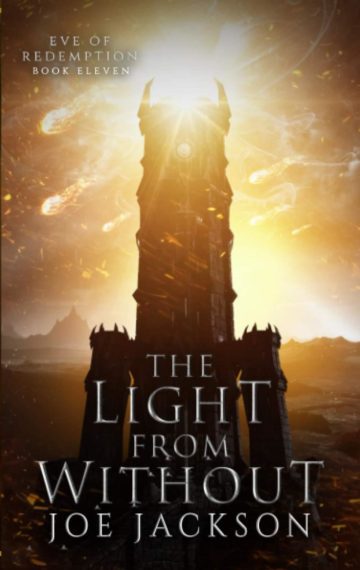 The war for Mehr’Durillia has begun.

With the Council of Anthraxis shattered, only four kings remain to counter the collective armies of Mehr’Durillia’s six sister worlds. But three of these are by far the worst of the lot: the eldest, most destructive kings, the very architects of the destruction of a deity and the enslavement of multiple worlds. There is little doubt that they will fight to the bitter end and cast every life they can into the maw of war before they admit defeat.

For nearly twenty years, Karian Vanador has fought against everything these demon kings stand for, but now, she must face them directly. With armies coming from six allied worlds, she has the force to take the fight to her enemies, but while assured the odds are in her favor, Kari has never been one to fight wars without considering the personal costs. With most of her friends and family in the vanguard, she knows this fight will carry a much higher price than win or lose. And all this is to say nothing of yet more time away from her children and home.

Things have come full circle. Those who were once Kari’s enemies are now counted among her staunchest allies. She has helped to bring together six worlds: countless peoples of varying races, faiths, strengths, and weaknesses. The time has come for Salvation’s Dawn to cast the reflected light of the gods into the darkness, and to take the fight to the hellish denizens that dwell there. For the only other alternative is to accept the yoke of eternal slavery at the hands of the demons and their true king.

In all of it, Kari must cling to the battle cry of the gods and what it truly means in this 11th and final installment of the epic Eve of Redemption Series.