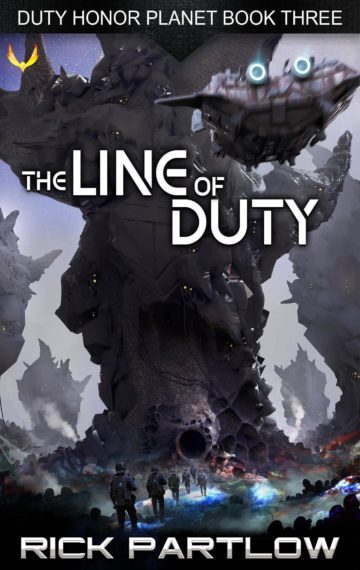 Danger stalks the Republic once again.

Raiders hijack their starships, biological weapons slaughter their colonists, and terrorists kill thousands of innocents in their mega-cities…and as the head of Fleet Intelligence, it’s Jason McKay’s job to track down the enemy, whether they’re on a world at the edge of known space or in the midst of a corrupt government.

McKay and his lethal second-in-command, Shannon Stark are on a hunt for the truth, but that pursuit will end up with traitors in high places hunting them.

Will they be forced to turn against their own government in order to do their duty?

Find out in the thrilling conclusion to the Duty, Honor, Planet military sci-fi series!