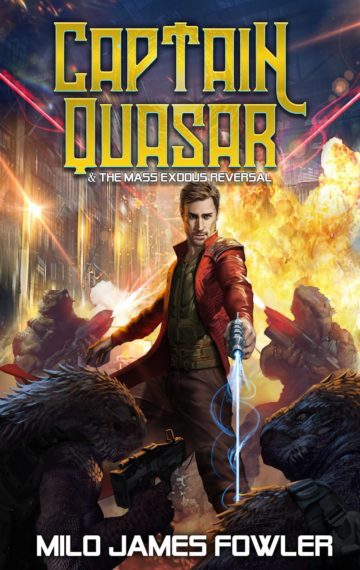 Captain Quasar is on a mission.

Centuries have passed since evil Emperor Zhan attacked Earth and sent humankind packing in a mass exodus. Now the human race is scattered throughout the galaxy, and United World Space Command is no more.

Captain Bartholomew Quasar and the crew of the Effervescent Magnitude have one purpose: to reunite the descendants of Earth’s diaspora and save their planet from the monstrous machines Zhan left behind to ensure Earth’s ultimate demise.

Quasar and his intrepid crew will have to brave dangerous aliens, killer robots, vicious space pirates, and a mysterious artificial intelligence in order to build the United Earth Fleet and return home, where all new perils await.

The Captain Quasar series continues with this hilarious romp through space.