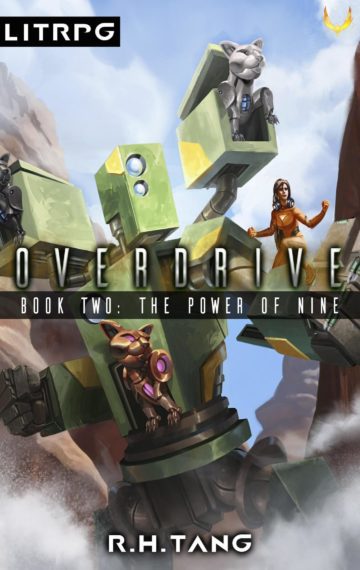 Do the rules even matter?

After Julian qualifies for the Selection, he soon discovers the dark underbelly of professional Overdrive. The company CEO is an egotistical bully who eagerly encourages an atmosphere of backbiting and constant surveillance.

The Heaven’s Boxer resurfaces, but the noble Mech is used to sabotage the player-created training system, driving countless beginners out of the community. The game administration does nothing. They consider the kind-hearted trainer pilots a longstanding embarrassment to the company’s inferior tutorial mode.

The only way Julian can reclaim the Heaven’s Boxer is hacking the server and disguising himself as a beginner. If he succeeds, he’ll be able to use the mighty Heaven’s Boxer in the Selection tournament. But if he’s caught, he’ll be permanently banned from the game he loves.

Julian accepts the illicit mission, preparing nightly even as he battles through grueling Selection challenges during the day. The exhausted pilot soon realizes he isn’t the only person deceiving the game administration.

Who is Phillips, and what is the source of the mysterious pilot’s psychic powers?

The second novel in the Overdrive series by Esports industry veteran R.H. Tang, The Power of Nine will delight fans of LitRPG, sports stories, and mecha anime.