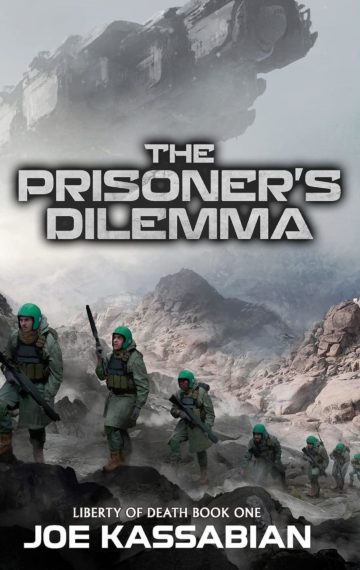 When the Galaxy is on fire, there are no heroes…

Vincent Solaris is a teenager drifting through life who manages to graduate Ethics School by the skin of his teeth. His unplanned future changes dramatically when he is arrested and charged with crimes against the Central Committee after a night of drinking.

While he escapes the gallows, Vincent is sentenced to three years of service in the Earth Defense Forces.

Vincent is sent off to train, thinking that he’ll simply spend the next few years lazing away at the edges of Human controlled space. This idea is shattered when a mysterious alien army attacks.

On his way to the far-flung killing fields of war, Vincent meets Fiona, a Martian gangster serving a life sentence. Together, they must find a way to survive against the most terrifying foe that humanity has ever faced.