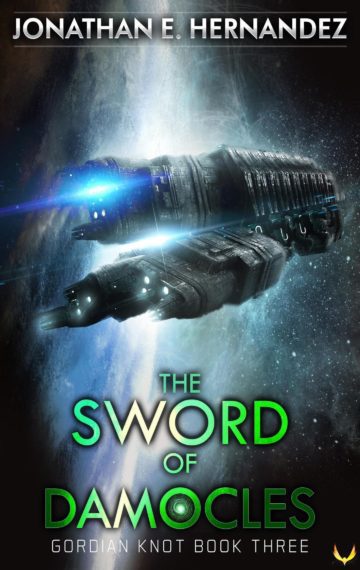 The Galactic War is here…

Pappy and his team join a large military coalition that will travel to Regime space to finally take the fight to the enemy. They have no idea what awaits them, and Pappy’s concerns multiply the closer they get to the Regime’s Homeworld.

Speaks-The-Truth feels lost and unbalanced. All of her traumas have led to growing feelings of disillusionment and doubt. She must find a way to regain what she’s lost, and has a pivotal role to play in the Resistance movement of her people.

Tensions and paranoia grow in the capital as the Regime’s Queen consolidates her power. Momak seeks the courage to not only defy his queen but to enact a final bold plan which could either save the Regime or doom it.

The explosive finale to the Gordian Knot Military Sci-Fi Series!