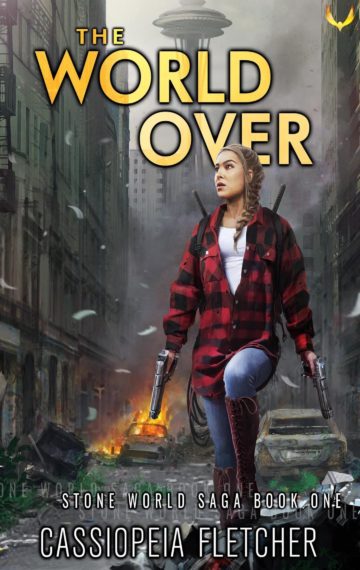 The world ended once. She won’t let it happen again.

Eight years ago, the world as we know it ended. Now, the last US Government stronghold has sent a military recon-team from Camp David to the bombed out city of Seattle, but the mission turns deadly when a horde of horrifying, mutant creatures are released onto the streets.

Oliver Marcus and Trisha Pike, the only survivors of their nine-man team, are rescued by a group of scavengers led by their superhuman leader, River Kingston.

Driven by the need to find her lost husband, River is drawn in by Mycroft, the invisible puppet master behind New Texas, who promises her answers in exchange for favors. But as the world continues to warp and change around her, River becomes more and more wrapped up in the secrets and lies of post-apocalyptic politics that will ultimately determine the difference between life and death for the people she promised to protect.

Don’t miss this harrowing Post-Apocalyptic survival series that will leave you on the edge of your seat. It’s perfect for fans of World War Z, Fallout, and Mockingjay. Grab your copy today!