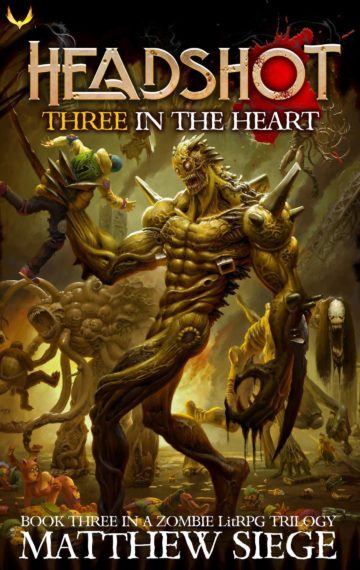 If you keep a monster as a pet, don’t lose your grip on the leash…

Captured by Deep Dive and broken by the nefarious Desmond, Ryan has become a weapon. Headshot’s developers use him to destroy their competitors, and along the way the enthusiastic gamer almost loses himself in a web of lies, pain and forcible mental resets.

Months have passed. With Sasha off the grid and Ryan a brainwashed recruit, the relaunch of Headshot may finally succeed in its ultimate goal – malicious, unprecedented access to the innermost thoughts of those that play it.

But part of Ryan remains rebellious. Seeking to destroy this last shred of his resistance, Desmond plugs him back into the Headshot, a lone Zombie against a worldwide legion of violent Survivors intent on destroying him.