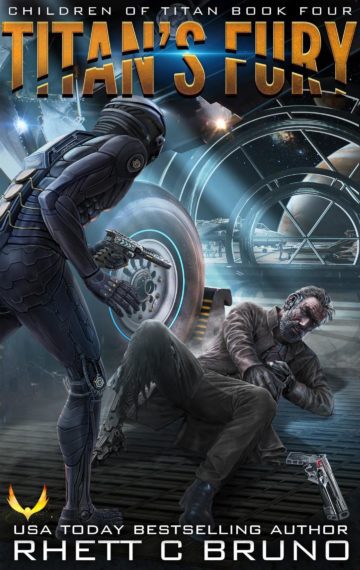 Independence comes at a high cost.

When Malcolm Graves finds himself in the clutches of the Titanborn, his plan to take Kale Trass down hits a wall. With the only family he has left threatened, he’s forced back into the service of another employer, only this time it’s not a corporation giving the orders. The future of the solar system hangs in the balance as Malcolm becomes the personal Collector for the Children of Titan.

The loss of a close friend has Kale rattled as the second stage in his plan to completely sever from Earth begins. Impossible missions, ruthless enemies, traitors in his midst—it will take everything in Kale’s power to keep the fight going. Maybe enough to break him… if he doesn’t break Sol first.

Will Titan finally gain its independence? Or has all the death and destruction been for nothing?

Find out how the Titan Conflict concludes in the explosive fourth installment of the Children of Titan Series!