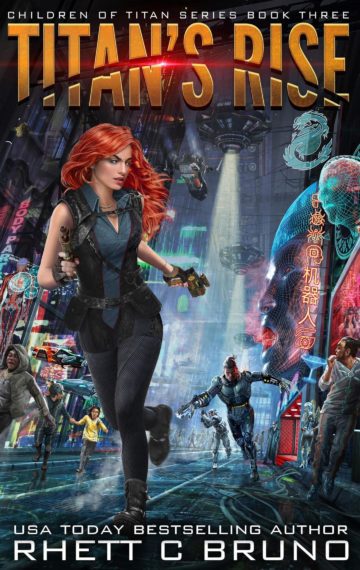 Titan has declared its freedom from Earth.

Keeping it is another story.

After inciting rebellion against Earth throughout Titan’s off-world colonies, Kale Trass learns that leadership isn’t only about fighting. Keeping control of his people–even his own family–requires a different set of skills. Following a pivotal battle over Saturn, Kale travels deep into enemy territory under the guise of seeking peace, though peace is the last thing on his mind.

Malcolm Graves used to be an infamous Collector for a powerful Earther corporation, until he nearly lost his life on Titan. Now he’s retired. But when Kale’s wake of destruction follows Malcolm to Mars and claims the life of a friend, it’s time for the ex-Collector to dust off his pulse-pistol and leap back into a fight he thought he’d left behind.

With the solar system divided, heroes are few and short-lived … but someone has to put the self-proclaimed King Trass of Titan in his place.

Get the heart-stopping third installment of the bestselling Children of Titan Series today!