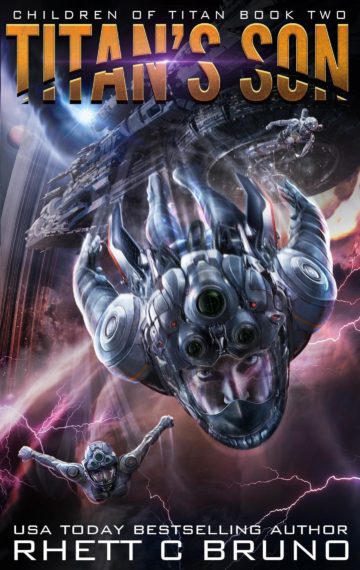 Titan’s war for freedom rages in the shadows.

But to claim it, they’ll need a leader.

Kale Drayton knows his place. As a Ringer born on Titan, he’s used to keeping his head down and his mouth shut–no matter how much the Earthers abuse him or his own kind berate him. So, when he’s caught stealing from a wealthy merchant, he’s lucky to be sentenced to low-paying maintenance work on a gas-harvesting ship instead of life in a cell… or worse.

But when his mother is quarantined, Kale finds himself backed into a corner. To pay for her medicine, he needs money–the kind of money he’ll never make sweeping floors and cleaning ships. When he receives a mysterious offer asking him to do a simple job in exchange for his mother’s treatment, Kale takes a chance once more. All he must do is upload a program onto his employer’s ship and all of his problems will disappear.

What starts as a straightforward smuggling gig soon reveals its shattering repercussions. The people who hired Kale are more dangerous than he suspected, and he’s more important to them than he ever could have imagined.

Grab the jaw-dropping sequel to Titanborn, which will transport you to the other side of the conflict on Titan, and the Ringers’ fight for independence.