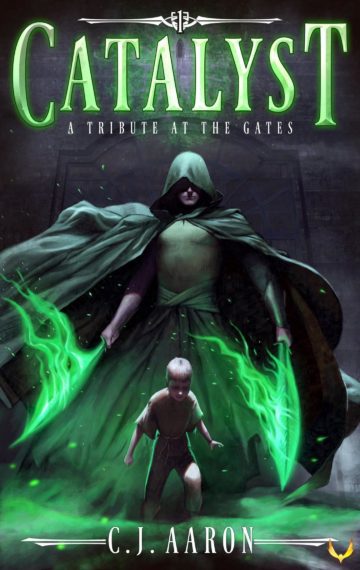 Cursed from birth. Forced into slavery. It’s time to fight back.

The blood of the Ancients is the most coveted ingredient in all of Damaris. The fabled elixir made from it grants those who drink it life that extends far beyond natural means.

There is no higher honor in the kingdom then being granted the privilege of bidding for it. And the people found with the cursed blood? By law, they are the rightful property of the kingdom.

As a boy, Ryl was sold by his family when he was discovered to have the coveted blood flowing through his veins. Broken, scared, and confused, he’s confined to an area known as the Stocks until he is ready for harvesting.

Ryl stumbles through a doomed life until the appearance of a mysterious stranger who exposes a buried version of the past that changes everything. That his blood may not be a curse, but a blessing.

The fates of all the tributes hang in the balance.

Experience the start of an debut Epic Fantasy Series filled with unexpected heroes, dark magic, and non-stop adventure. Suitable for all ages, it’s perfect for fans of D.K. Holmberg, Will Wight, and K.F. Breene.