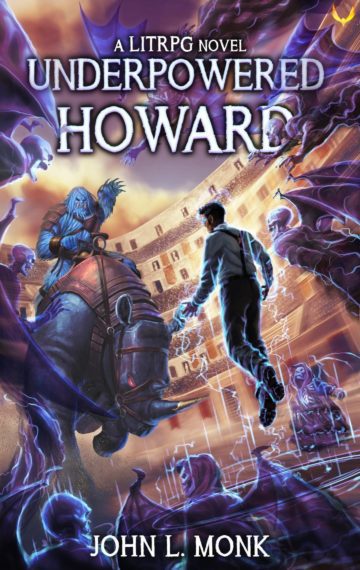 When there’s no way to win, cheat, and cheat BIG.

Deep within Heroes of Mythian, a game world where retirees exchange their physical bodies for an eternity of adventure, Howard learns a terrible secret: the game is glitched, and it’s killing its mightiest players forever.

Desperate to save his friends and countless innocents, he hatches a plan to fix things. Doing so will require skill, determination, and help from a number of unlikely heroes along the way. Using his deep knowledge of game mechanics, he’ll start again as a level 0 necromancer and exploit his way to power.

With luck, his game-breaking exploits will alert Mythian’s admins that something is wrong. With more luck, they’ll pull him aside and ask how and why he’d done it.

With even MORE luck … well … in that unlikely event, the game’s creators — uncaring at best, and sadistic at worst — won’t delete him for exposing their mistakes.

It’s a risk he’s willing to take, though some warn it may destroy all of Mythian in the process.