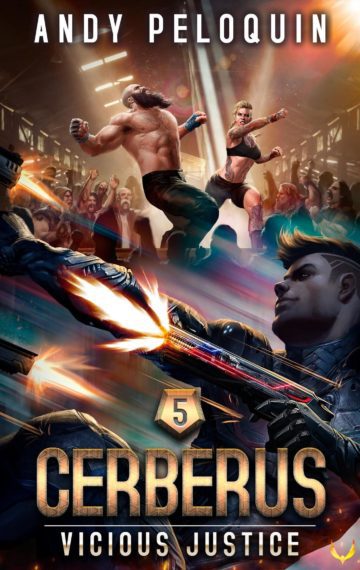 The contract is simple: execute the only honest detective in New Avalon.

Nolan Garrett has carried out countless hits over his years as Cerberus, government assassin, so why should this be any different?

But as he digs into his target, he is dragged into a tangled web of murders, blackmail, victim trafficking, racketeering, and corruption reaching to the highest echelons of Imperial government.

With the help of his trusty AI, Taia, and Bex, a former Silverguard demolitions genius, Nolan unleashes his uniquely vicious brand of justice on the guilty. It’s a race against time to clean up the evil before it floods his city and destroys those he loves.

Vicious Justice is the fifth book in the action-packed space opera Cerberus series. Perfect for fans of The Last Reaper, Takeshi Kovacs, and The Punisher!

Buy Cerberus: Vicious Justice now for a non-stop epic sci-fi that will set your heart racing!