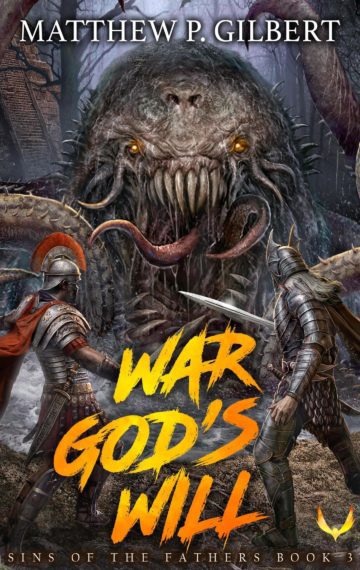 The Nihlosians and Xanthians have united to thwart the Dead God’s prophecy, but as tempers flare or pride prickles, the alliance hangs by a thread. Meanwhile, the political situation in Nihlos grows worse every day. Two Council members have been assassinated, some are in open rebellion, and many blame the Empress herself for all of it.

Amidst this chaos, Ilaweh commands Ahmed to enter Nihlos alone and place himself at the mercy of the Meite sorcerers. But they too are torn apart by civil war and have fled their city. For now, they can’t help.

Ahmed is on his own, leaving the Dead God’s agents to move unopposed toward the festering city of evil, Torium, to carry out their master’s dark purpose.

Has the end truly come, or will mankind endure? Find out in the breathtaking finale of the Sins of the Father Trilogy.