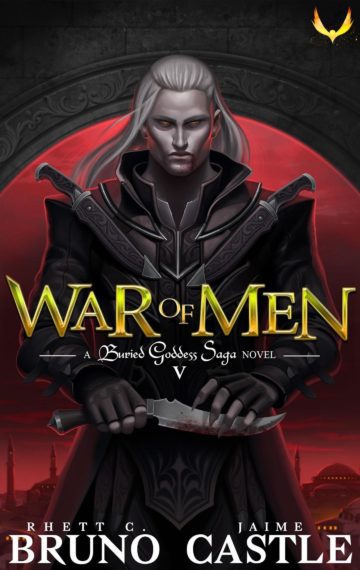 As men squabble amongst themselves, the Buried Goddess makes her move.

Torsten Unger marches east in the name of the Glass Kingdom to put an end to Drad Mak, eliminating the Drav Cra threat once and for all. But can it be that simple—or is he just another pawn in the Buried Goddess’ game?

After discovering that Nesilia has possessed Sora’s body, Whitney Fierstown has a plan to get her back. All he needs to do is find a way to contact his old friend Kazimir, who as an upyr, knows the secrets of existence between worlds. It won’t be easy, but when has it ever been?

Having won the Tal’du Dromesh, Mahraveh is now an afhem, and with her new fleet, she has the power to save her father. Muskigo has been cut off and surrounded by the Glass Army, but the time has come to bring the fight to them and for her to win this war between men.

Grab Book 5 in the Buried Goddess Saga today and continue the adventure! The end is near…