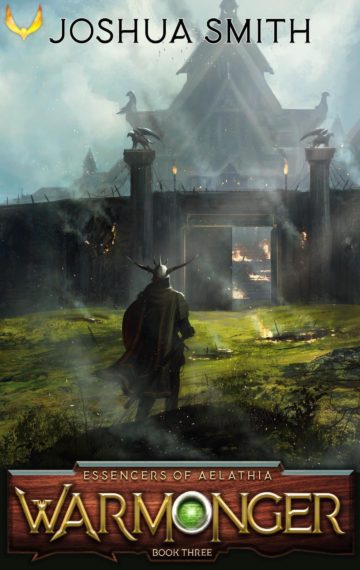 The Slaver Coalition is no more, but diplomacy failed…

Raynt, A’banna, and Bedel’s allies have tasted victory. However, there’s no time for celebration or mourning their dead. Sorceress Jocina’s massive invasion army has arrived and is systematically dismantling the kingdom’s defenses. A’banna and Bedel escort refugees to a possible safe haven, but reaching it while being hunted by giants and drakes may prove costly.

Agent Raynt discovers his adopted family has been targeted by Bedel’s brother, one of Jocina’s major allies. Desperate to safeguard his own family, Raynt sets out—alone—for home.

However, Bedel knows his brother is being influenced by ancient gods, the same A’banna sacrificed to, that feed off magic, fear, and death. Bedel’s own desperation cause him to stop at nothing to free his brother, even breaking trust with A’banna and Raynt.

Will any of them survive the invasion army’s commander, the Red Dragon, son of the God of War? The next definitive battle for the world of Aelathia has arrived, led by the ultimate warmonger.

Experience the third book in a Fantasy epic filled with magic, war, intrigue, and characters that leap off the page. It’s perfect for fans of Jeff Wheeler, Brandon Sanderson, and AC Cobble.