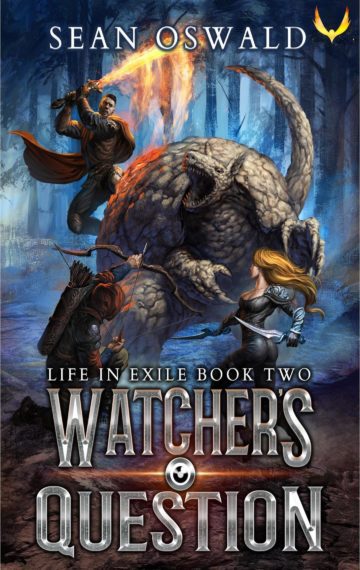 Despite monsters and a small army of goblins and skeletons, Dave and family have survived their first few weeks in the harsh world of Eloria. Well, for the most part…

Eight-year-old Sara has been captured by the goblin scout, Krinnk. Nobody is sure if she was taken to be a snack or some twisted desire to protect her. Dave has found a new lease on life, a new connection with his family and a new sense of purpose. Neither he nor Emily are going to let a monster get away with their little girl.

But things are never quite as simple as they seem.

Their victory in the Battle of Eris’ Rise has launched the Nelson family onto the stage of politics torn between the human kingdom to the south and the moon elves to the north.

Worse, the powers that created the death knight in the first place have more sinister plans in place and Dave’s actions have marked him as an obstacle to be removed. He can only trust that his family, along with the new friends and allies they are making, will be sufficient to help them find their place in this new world.

Continue this epic LitRPG adventure with the second installment in the Life in Exile Series. It’s perfect for fans of C.M Carney, Blaise Corvin, and Charles Dean.