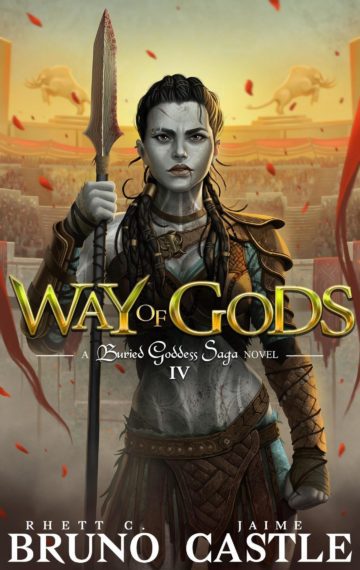 Sir Torsten Unger must deal with the aftermath of the Drav Cra’s failed occupation of Yarrington. But with so much power up for grabs, old enemies begin to show their faces from the darker corners of the city.

Desperate to find Sora, Whitney Fierstown joins a traveling troupe of entertainers in order to secure safe passage to Yaolin, where he believes he can find her. What seems like a simple journey, however, when Whitney finds himself growing too close to his new companions and must chose between saving them from certain death, or continuing on his own.

In the south, a new warrior rises up to fight in the name of her father, Muskigo Ayerabi. It will take everything she has to prove that the time of the Shesaitju has come as he once taught her.