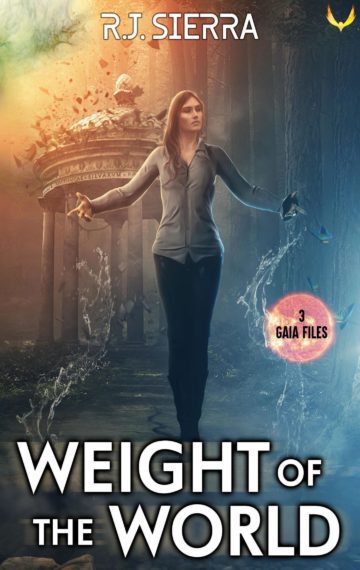 Deeply connected to Mother Earth, Gaia Charmer has all the power of the world behind her. But will even that be enough for this gutsy private investigator to solve the mystery of her missing Landkind friends?

The case throws Gaia in the crosshairs of a deadly project to turn Landkind—humans with the powers of the Earth’s landforms—into walking weapons of war. At the same time, she must face the most personal crime ever, a gruesome murder committed by someone claiming to be Gaia herself.

Even with her team of powerful allies, can Gaia fight her way through these trials that threaten the very existence of the planet from which she gains her greatest strength?

Don’t miss Book 3 in an Urban Fantasy series filled with elemental magic and a kickass heroine you can’t help but root for. It’s perfect for fans of Buffy the Vampire Slayer, The Chilling Adventures of Sabrina, and the Mercy Thompson series.