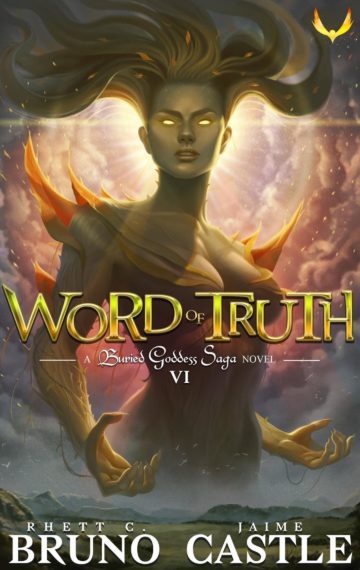 The end is coming. It’s time to make a last stand…

Whitney, Lucindur and the others couldn’t stop Nesilia from returning in a new form. Many died in their failed attempt, but not all hope was lost. Sora is free and more powerful than ever, ready for vengeance against the Buried Goddess. Together, they’ll have one last shot at stopping her, but it may be too late.

Nesilia’s army tears across Pantego, killing everything in their path. The Drav Cra stand with her under Freydis, Babrak leads a Shesaitju fleet in her name. Demons and monsters from Elsewhere are slaves to her will.

In order to have any chance of fighting back, Sir Torsten Unger and Caleef Mahraveh arrange a marriage in an effort to unite their rival kingdoms. But if the people of Pantego can’t come together once and for all, Nesilia will drown all the world in darkness.

Will anyone survive this final battle? Find out in the epic conclusion to the Buried Goddess Saga that promises to take your breath away.