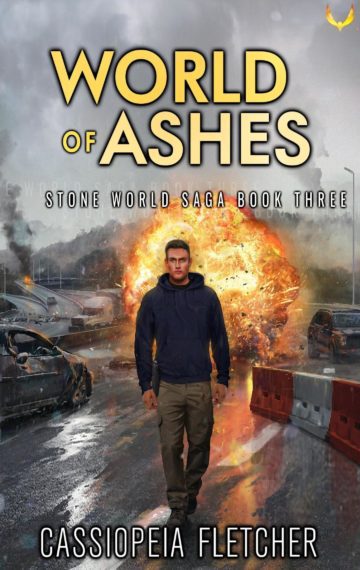 River issues a 24 hour evacuation notice for Athens, but Emmett Brown is 12 hours away at the Long Lake Camp when the text comes in.

While preparing for the long ride home, Emmett is interrupted by the arrival of his old mentor, One—a New Texas Knight and former Navy SEAL. But with the Knights implicated in River’s disappearance, Emmett has to determine whether One in an old friend or a new enemy.

Unfortunately, River’s village isn’t the only settlement remaining in the Seattle-Tacoma area; Whidbey Island is still around, and they don’t take kindly to trespassers.

The heart-stopping finale in the Stone World Saga is here. It’s perfect for fans of World War Z, Fallout, and Mockingjay.