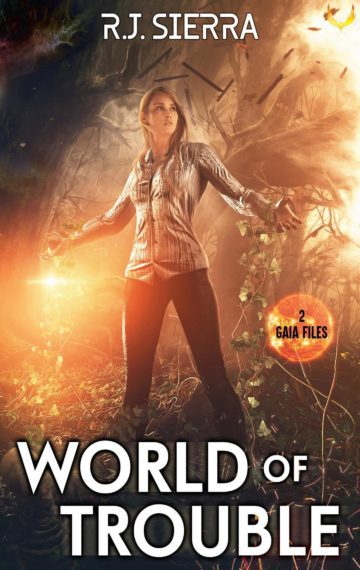 When Gaia Charmer continues the hunt for her best friend’s killer, she discovers a mysterious mountain compound called Parapets, where magic, technology, and the secret society of Landkind join forces to tap the limitless power of Mother Earth.

With her own special link to the planet, Gaia sees a way to solve her friend’s murder and pave a new way forward—but Groundswell, the shadowy organization behind Parapets, has other ideas.

When the ancient enemy at Groundswell’s heart unleashes a doomsday nightmare, does Gaia stand a chance of saving everyone and everything she loves? Or will her own power be turned against her and all humanity?

The second installment of an Urban Fantasy adventure series filled with elemental magic and a kickass heroine you can’t help but root for. It’s perfect for fans of Buffy the Vampire Slayer, The Chilling Adventures of Sabrina, and the Mercy Thompson series.