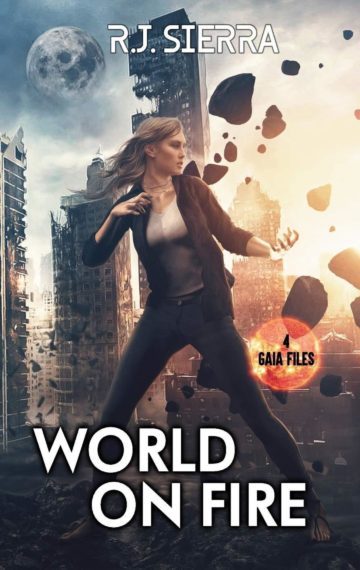 Framed for murder by an evil doppelganger and stripped of her powers, private investigator Gaia Charmer—once a chosen guardian of Mother Earth—must prove her innocence while running from the law.

She struggles to survive when her killer twin and Mother Earth herself join forces to take her down…though new friends keep her alive as the storm closes in. It soon becomes clear that powerless Gaia is at the heart of an apocalyptic war, a conflict she must somehow win or see the entire human race wiped from the face of the world forever.

The epic finale to an Urban Fantasy series filled with elemental magic and a kickass heroine you can’t help but root for. It’s perfect for fans of Buffy the Vampire Slayer, The Chilling Adventures of Sabrina, and the Mercy Thompson series.