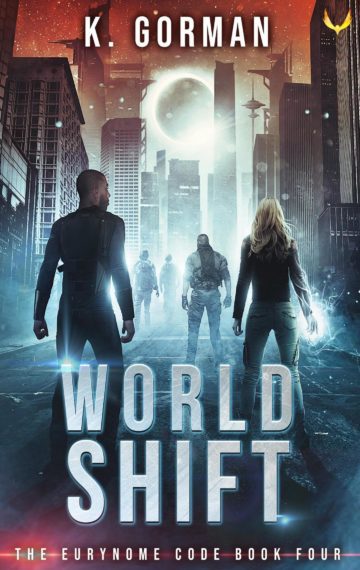 Some dreams can’t be ignored.

Over a month has passed since Karin Makos has settled on Chamak. Together with her sister and the rest of the crew from the Nemina, she is finally able to do something useful in this war—heal the Lost that the Shadows have taken.

But time is not on their side, and more than the Shadow enemy lurks in the wings. Soon, Karin finds herself fighting for her life in the forests of Nova Earth, plagued by strange, vivid dreams of her past, and racing hard to prevent the catastrophe that threatens to swallow the planet—because if she fails, much, much more will be lost.

Made for fans of Firefly, Stargate, and Battlestar Galactica, this fast-paced novel series contains some strong language, a lot of action, and more than its share of snark. Don’t miss Book 4 in the series!