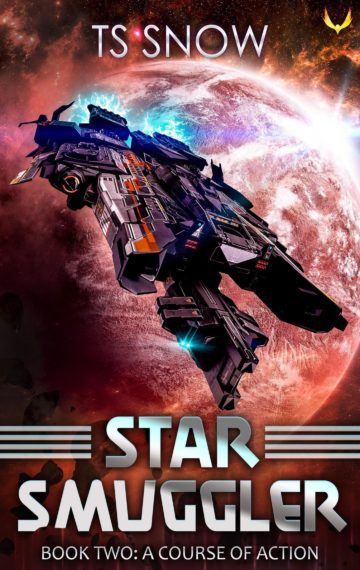 Sinbad may have traded in his smuggler’s leathers for farmer’s coveralls but “Happily Ever After” isn’t in the cards for him and his beloved Andrea.

And Andi soon finds there’s a great deal she doesn’t know about her new husband…such as the young stranger who claims to be Sin’s son.

While she’s recovering from that shock, Sin succumbs to the terminal illness he’s kept secret from everyone. Not to worry…there’s a surgeon who can save his life, but Jean-Clair DuPont is as unscrupulous as he is skilled.

His fee? Andi, for the duration of her husband’s convalescence.

The new Mrs. sh’en Singh doesn’t think twice. DuPont gets what he wants and Sin lives to fight another day…once he recovers.

That had better happen soon, for Andi’s lover-by-force has taken her off-planet and directly into an attack by slavetraders. Now a candidate for the slave pits of Bel-Ammon, Andi finds herself face-to-face with enemies new and old.