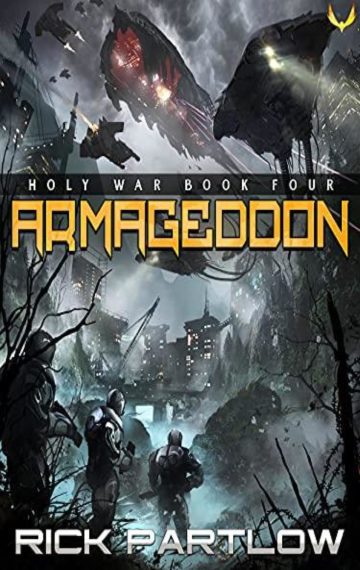 The End is nigh…

The war with the Tahni has dragged on for over two years, taking its toll on the lives of all involved.

On the Aphrodite colony, Marine turned cybernetic commando Ryan Hendrix is readying his civilian militia to make one, final strike against the enemy, in what they know could be a suicide mission.

Back in Commonwealth space, Travis Miller and his task force have finally been given clearance to take back the occupied colony system, but the Tahni have had a year to prepare their defenses and the price in blood will be dear.

And somewhere, across the stars, the Tahni general Tan Kin is guiding his own strike force on a long and circuitous route that will take them behind human lines, for an attack that no one expects…and no one is prepared for.

Book 4 in the next explosive series from the #1 Amazon Bestselling author of Contact Front, Rick Partlow.