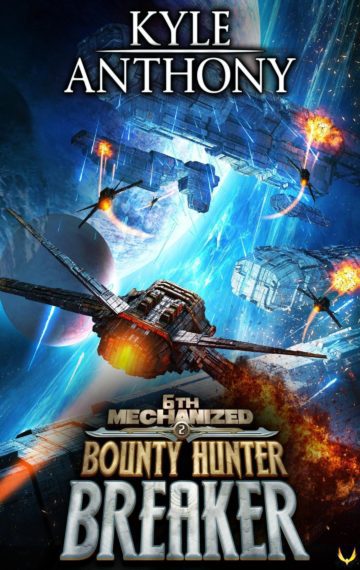 In General Mikeal’s three-hundred years of existence, he’s bound to have made a few enemies. That, and the fact he’s built from the most precious ore in the galaxy, puts a giant target on his back.

An overwhelming opponent finds the general and sets an ambush, demolishing the small contingent of ships under his control. Fleeing to a desert planet, the general searches for lost crew and the only ship to survive the attack, a war galley.
As word gets out, bounty hunters pour on-planet hoping to claim the grand prize; the general’s head on a platter.

But darker plans are at work.

A strange and ancient cult takes advantage of the chaos and breaches a portal from a forgotten, mysterious realm to the present.

On planet, the general battles his way to a desert oasis to make a last stand to prevent the destruction of a peaceful desert community. Him and his crew battle against para-military, bounty hunters, and a resurrected evil that should’ve stayed dead.