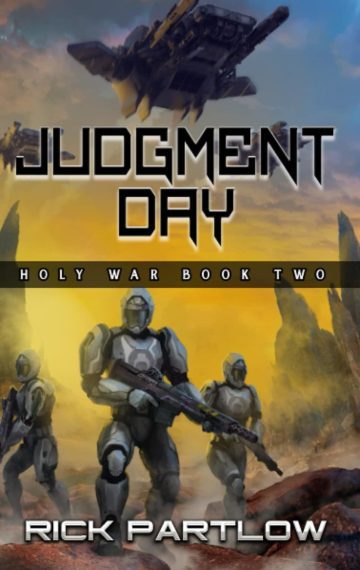 Travis Miller, his image reformed from the moron who screwed up our first contact with aliens to one of the heroes of the Battle for Eden, is given a new assignment: retake the occupied colony of Brigantia. Losing it would be a glancing blow to the Tahni Imperium, but it would Earth’s first solid strike against them, a chance to go on the offensive.

Ryan Hendrix and the Fleet Marines will be the tip of the spear, outfitted with their new Aegis powered armor, while Jessica Leer and her Fleet Strike fighter squadron clears the way for the Marines and their landers, sacrificing their lives to get boots on the ground.

But even a victory on Brigantia won’t mean the end of the war.

And it might just make the Tahni angry enough to do something desperate, to strike deep into the heart of the Commonwealth, where we least expect it…

Once again, Travis is forced to choose between his orders and what he knows is right and, win or lose, for him it’s judgment day…

Book 2 in the next explosive series from the #1 Amazon Bestselling author of Contact Front, Rick Partlow.