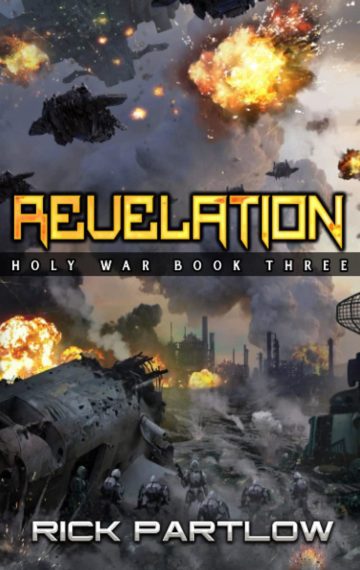 Ryan Hendrix is dead…
…Or so his family, his girlfriend, and his fellow Marines think.

Terribly wounded during the battle for Hermes, Ryan Hendrix was repaired with cybernetics, transformed into a weapon by Fleet Intelligence…and covertly dropped onto the enemy-occupied colony at Aphrodite to sabotage the enemy and build up a civilian resistance.

While Ryan fights the real battle behind enemy lines, Travis Miller and Jessica Leer struggle with politics…and their new commands. The Earth government is too scared of losing more cruisers to try to take back the occupied colonies, so Travis and Jessica find themselves stuck raiding enemy outposts, trying to draw their attention away so Ryan and the rest of his commandos can do their job.

But Travis Miller didn’t get to be the head of the largest task force in human history by sitting back and doing what he’s told. And when one of those raids turns up key intelligence, Travis will do whatever he has to in order to get back in the real fight.