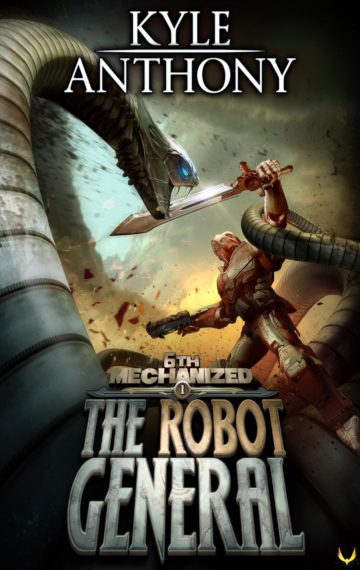 A living legend accused of sabotage.

Three hundred years ago a liaison robot turned warrior sided with humans in the Great A.I. War. He’s one of few hi-level sentients allowed to live. But all this doesn’t matter now because he’s on the run.

And the innocent never run.

Armed with emotion chip-fueled determination and his beloved weapons, the general flees to a nearby planet where he must unravel a tangled conspiracy to prove his innocence. But that’s easier said than done.

Standing in his way are ferocious mountain beasts worshipped as ancient gods, dreaded Red Guards wielding witchfire battle glaives, and a bounty hunter with superhuman reflexes. If that isn’t enough, an ancient empire wants to annihilate him at a planet’s expense.

Overwhelming foes, insurmountable odds, and the fate of a civilization at stake. Just the way the general likes it. Join his fight in the first book of an epic Military Sci-fi Series unlike any you’ve read before. Perfect for fans of Chris Fox, J.N. Chaney, and David Ryker.