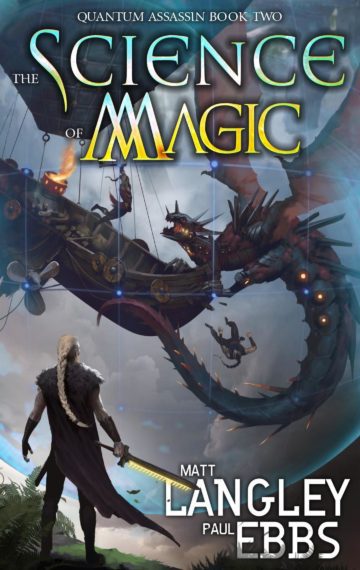 Listen to a sample
$4.99Buy Now!Read A SampleSee The ReviewsSee The Full Series

Who has stolen magic from the universe? And more importantly, why?

Separated again, further than they ever have before, Barl and Shryke must fight against the fell powers which have stripped them of their access to the Quantum Aether. Having lost all the faculties given to them in their training with the Assassin’s Guild, they are both faced with an impossible situation – how to survive in a world where they are vulnerable to attack, in a way they have never thought possible, when all their most basic defenses are gone.

From the blasted battlefields of the Dreaming Plains, where huge machines hide sickening experiments, to the failing Sun-Machine, the Clockwork City and the imminent destruction of the Chainworld, Barl and Shryke are both twisted into a braid of collapsing time – the unravelling of which spells doom not just for them, but for the whole of creation.

The Science of Magic is a breathless escape from hot danger to ghastly peril, a battle against a science which is ridding Chainworld, God’s Heart and all the cosmos of the fundamental forces which might save it.

It is a Science that will bring an end to everything.