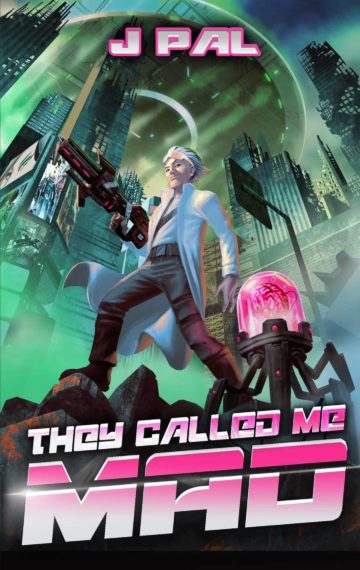 I was in my garage when the space elves addressed the whole world.

They didn’t call themselves space elves, of course. Most humans struggled to pronounce Khjurhnalva, so we opted for the easier version. They had a message for us: forces that had eradicated their species’ males were now heading for Earth.

Hungry for our resources, the alien hordes annihilate everything that stands in their way. The space elves offered us access to the System and asked for very little in return. After all, cooperation was vital to the survival of both our species.

I, Mathew Alexander Dunphy, know all of the above is bullshit. I saw the truth with my own eyes and heard it from their beautiful, delicate, deceitful mouths. No one believes me, though. They call me mad.

What reason could the space elves have to lie?

Don’t miss the start of a fun new LitRPG Series in a system apocalypse setting and featuring mad scientist powers along with plenty of laughs. Oh, and killer aliens. Lots of em.

About the MAD world: Not all game-mechanic systems hand out levels, stats, and skills. Sometimes it offers super powers and leaves the progression up to the user. What is LitRPG without the fan-favorite blue boxes, though? Instead of STR, DEX, AGI, expect them to house crafting-based notifications.