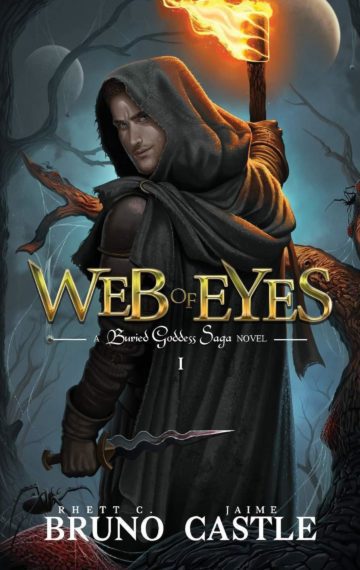 A rotten thief. A disgraced knight. Only together can they save the kingdom.

When the young king’s soul is stolen by a cultist desperate to resurrect the Buried Goddess, exiled knight Torsten Unger makes it his sworn duty to get it back. He has one chance to restore his honor. But he can’t do it alone. He’ll need a thief.

Whitney Fierstown planned the perfect heist, one that would have made him a legend among thieves, until he got caught. Now, a knight with a questionable reputation is offering a deal: rot and die in a dank cell or join him on a dangerous expedition to put his skills to good use and earn his freedom.

Whitney and Torsten must put aside their differences and work together to battle unholy cults, demons, rebels, and worse to become the heroes their war-torn kingdom never expected…if they don’t kill each other first.

Buy Book 1 of the Buried Goddess Saga today and experience the adventure of a lifetime! It’s perfect for fans of Kel Kade, Michael J Sullivan, and Will Wight.