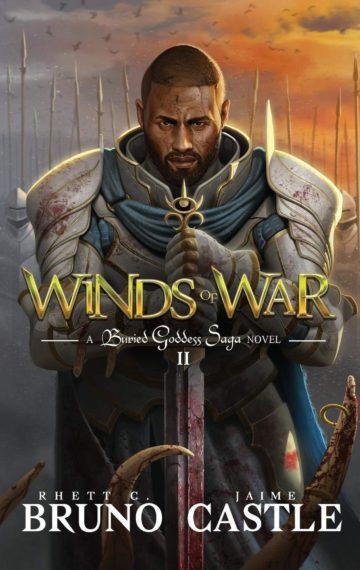 The Glass Kingdom is at war.

Not even the gods can help now.

Full-scale rebellion rages in the south, and Sir Torsten Unger must lead the Glass Army to face it. But when a new and unfamiliar king forces Torsten to march alongside one of his fiercest rivals, he must draw on his faith to keep the army from fracturing.

Whitney Fierstown continues his tutelage of the blood mage, Sora, who is desperate to get a better handle on her mysterious powers. Their journey brings them to the merchant city of Winde Port, where they seek passage to Mei Ping aboard a ship. It’s smooth sailing until they realize an old nemesis is hunting them, hell-bent on vengeance and willing to turn to an evil unlike any they’ve ever faced before.

Winds of War is the epic second installment in the Buried Goddess Saga, perfect for fans of R. A. Salvatore, Brandon Sanderson, and Nicholas Eames.